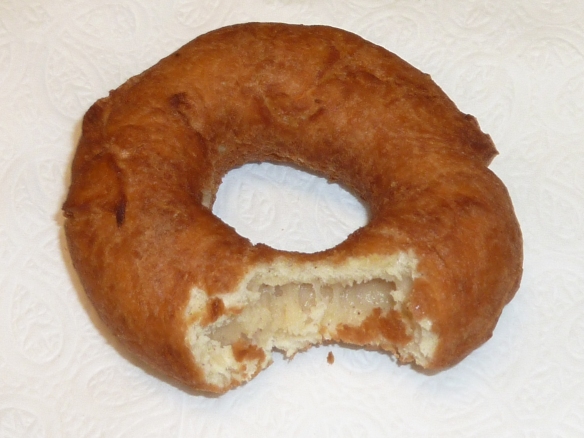 Before the proliferation of specialty bakeries and fast food chains in the latter half of the 20th century, the search for a fresh doughnut to accompany an afternoon coffee often ended up in one’s own kitchen.

An old recipe for homemade sour cream doughnuts was recently discovered at the City of Richmond Archives in records of the Ladies’ Aid of Richmond United Church. 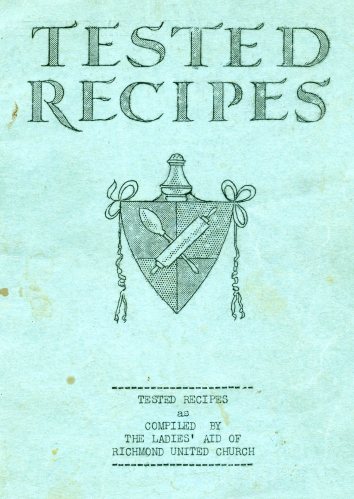 The recipe was found in “Tested Recipes”, a book published in 1930 by the women’s group as a fundraising effort on behalf of the church situated at the corner of River Road and Cambie. 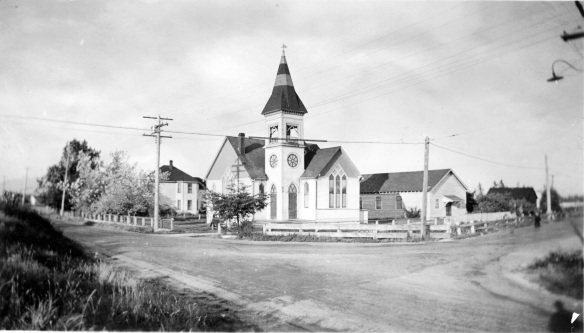 Constructed in 1891 as the Richmond Methodist Church and renamed the Richmond United Church in 1925 after church union, the building was later purchased by the municipality, moved to Minoru Park in 1967, and renamed Minoru Chapel. 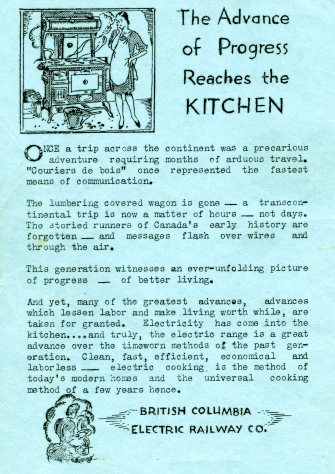 Advertisement on inside front cover of “Tested Recipes.”

The recipe book is a collection of old family recipes submitted by church members, the names of whom read like a who’s who of some of early Richmond’s most prominent residents.

The book was sponsored by various companies and includes advertisements for services and products of interest to those who would be using the recipes.

Recipe for Sour Cream Doughnuts on page 13 of “Tested Recipes.”

The Friends of the Richmond Archives’ resident pastry chef and Board Director, Precilla Huang, decided to try out the recipe to gain insight into the culinary expertise and practices of homecooking in the 1930s. 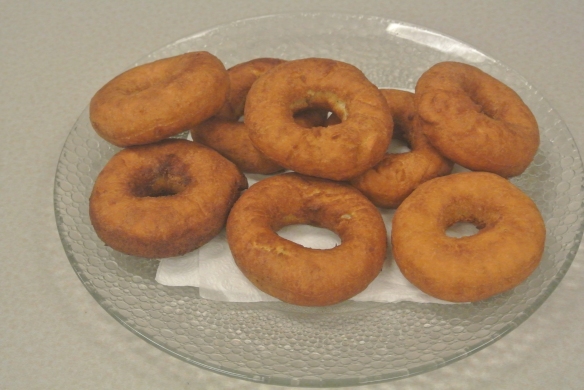 A tasty plate of homemade doughnuts, thanks to Friends of the Richmond Archives Board Director Precilla Huang and the 1930 “tested recipe.” (Graham Turnbull photograph)

The end result of Precilla’s work was delicious, a doughnut much less sweet than that of the present day, but rich in texture and taste.

(Note: “Doughnut” is the traditional spelling of the word and consistent with usage in the 1930s.  “Donut” is a modern-day spelling associated with the later, large-scale commercialization of the snack.)